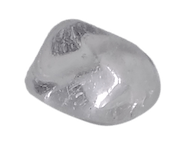 In the metaphysical world, Quartz crystals are the supreme gift of Mother Earth. Quartz crystals, “the ice of the gods”, were given this name because some previous cultures considered them to be water, frozen eternally by a higher power. Introduction to Meaning and uses of Quartz… word “krystallos”, meaning ” ice”, because the sun’s power was believed to be harnessed through a crystal as a source of solar energy refraction.

Clear Quartz is an energy amplifier. It facilitates the transfer of one form of energy into another. Quartz is excellent for amplifying the energies of other stones or enhancing groups of stones. It facilitates and refracts negative energy, breaking it up and turning it around. Quartz is known as “The Master Healer.” It can be used for anything and everything. It resonates with the higher chakras, bringing in divine white light and connection to higher-self, higher consciousness, higher wisdom and unconditional pure love.

Quartz acts as a deep soul cleanser, purifying and enhancing the body’s internal structure and surrounding subtle bodies to connect the physical dimension with the mind. It focuses on inner negativity and stimulates positive thoughts and feelings in its place. With a better perception of the world, Quartz z increases awareness and clarity in thinking, and provides enhanced energy, perseverance and patience, teaching one to live, laugh and love with all of humanity.