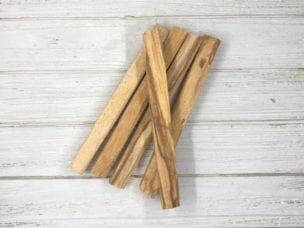 Smudging your space, your home or office, or even your body with sage is like taking an energetic shower, or doing a deep metaphysical cleansing.  Smudging is the practice of burning herbs, or Palo Santo sticks and allowing the smoke to cleanse the air. However there are  In addition to the ceremonial purpose of this, there is a scientific side as well.

There have been several studies, showing that smudging ‘caused a reduction of bacteria and the ability of the smoke to purify or disinfect the air and to make an environment cleaner, and can be maintained up to 24h in a closed room.

Smudging is the spiritual equivalent of washing your hands before you eat, and is used as a preliminary to many sacred ceremonies.

Why is smudging effective?

Smudging is one powerful antiseptic, a 2007 scientific study published in the Journal of Ethnopharmacology found that smudging with “medicinal smoke” for one hour reduces airborne bacteria by more than 94%. It also said that the purification or disinfection could be maintained for up to 24 hours within a closed room.

When burning smudge, sage, and other herbs release negative ions that can purify an environment. Various plants and herbs have been used around the world for this purpose; most commonly used by indigenous cultures in North and South America. It is found that sage and palo santo to be the most potent. Palo santo has been used for centuries for cleansing and healing ceremonies. While California white sage has been used by Native American tribes for rituals and prayers to bring balance and peace to space. Check out more benefits of smudging at Healthline “11 Benefits of Burning Sage, How to Get Started, and More.”

How often should you smudge?

Clearing your home of stagnant energies can be done anytime, but it’s a good practice to do a thorough smudging of your home when the seasons change. You may decide to smudge your living space whenever negativity or foreign energies have compromised it, I myself do after company.

Most commonly used tools for smudging are Sage, Palo Santo Sticks, and Sweetgrass:

How Do You Smudge?

1.    Decide on what tool (herb) you are going to smudge with. You can use a smudge stick or use a smudge bowl.

Plants often used for smudge sticks are Sagebrush, sage, sweetgrass, cedar, mugwort, juniper, yerba santa, sandalwood, and rosemary. You can find a variety of smudge mixes to make on the internet or by attending your local shop that carries an assortment of smudges.

2.    Use a fire safe dish to burn it on; shells are most commonly used. If you’re burning loose sage, you will need some shell, bowl or plate that can take the heat. If you’re burning a smudge stick, you need something to rest it on. That can be a plate, ashtray, or shell, just make sure it’s burn-proof.

3.    Light up. If you’re burning loose herbs, let them burn for a few seconds and blow the flame out. Be careful when you blow; loose sage can become airborne pretty easily. If you’re burning a smudge stick, let it burn a bit longer before blowing it out, as sticks tend to consume less quickly.

4.    If you’re clearing a room, walk around and guide the smoke until you feel the energy shift. As you are waving the smoke throughout the areas with your hand or a feather think positive intentions and ask for the white light to protect and clear the space.

5.    Let the smudge burn out. The idea here is burning what you need and hopefully having it self-extinguish by the time you’re done.

Other tools to consider to smudge with are:

*If you are looking for a great resource to get your ethically sourced essential oils, I highly recommend local Alberta Girl Rachel of Pure Essentials.

What do you prefer to smudge with? Leave your comment below.